Originally turning hands for the residents of Lancaster, the green and gold-trimmed town clock eventually found its way into Manheim in 1926 thanks to the former Flinchbaugh Jewelry Store. It sat weathered for some time after the store’s closing until it was purchased by the society in 1994 and moved to its current location in the square. In 2009, the clock was restored to its time-telling glory, and at 136 years old, continues to remind all of those who are running late. 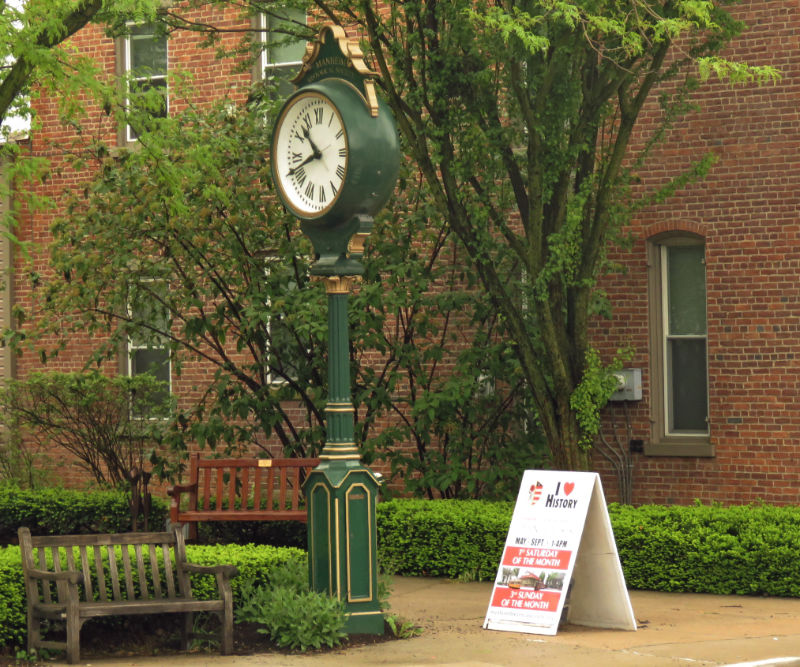 Postcards of the Manheim Area